In this project, the goal is to create an object using metal sheet bending principales. All the steps from the first drawings to contacting a manufacturer and placing the order.

The first part was working on the idea, doing some small prototyping. The object needs to be functionnal, visually pleasing and also has to be simple enough to fit in the manufacturing budget. We decided to work on a shelf. It will be a mixture of aluminium and wood. After a loot of back and forth on the dimension, color and small details the final render was ready. 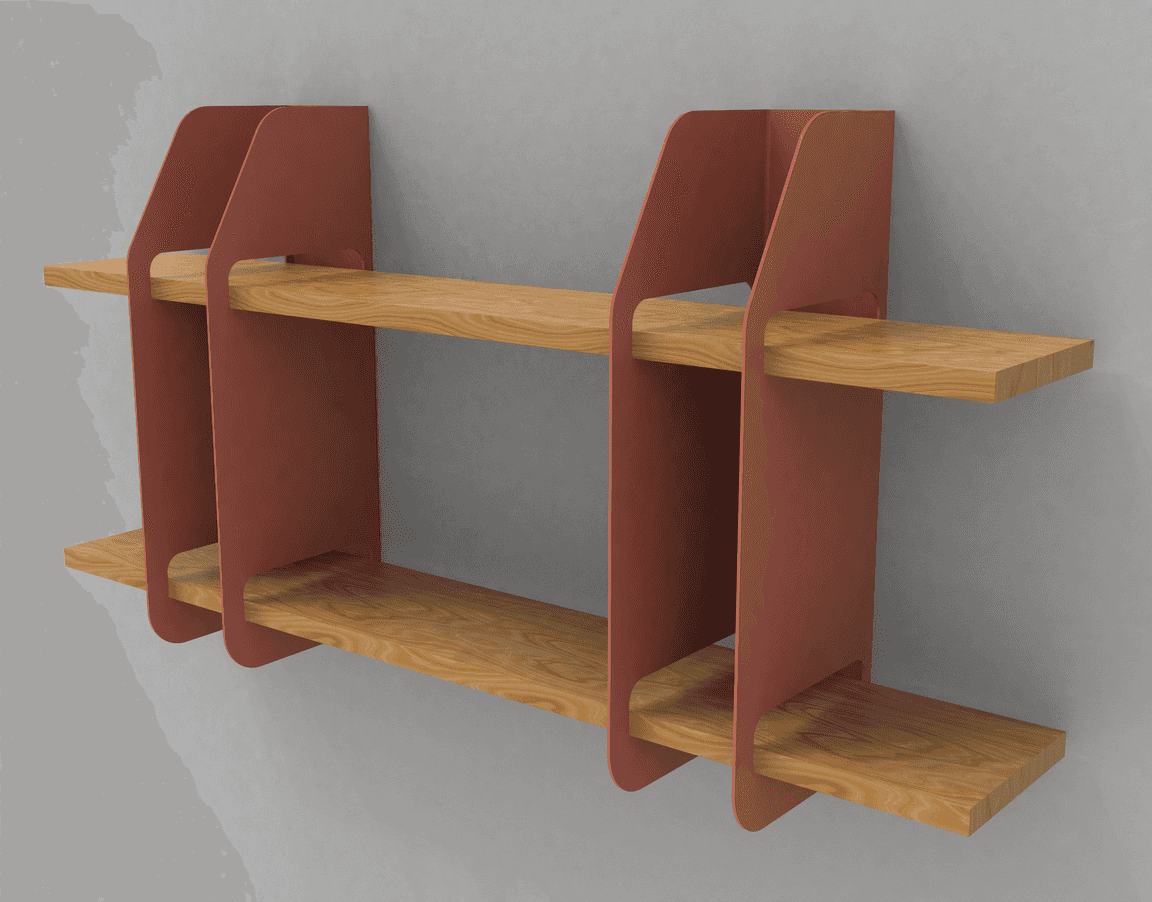 Now this is just a concept and it needs to be manufactured. I contacted a few local sheet metal shops and got a variety of different offers. Some twice as expensive as others. In the end the best option was a manufacturer I had actually visited physically before. They weren’t the cheapest but they were eager to work with students. I sent them another version of the shelf, pictured below, to get a quote. I liked the “cheese grater” look that was definitely copied from the Mac Pro. Turns out that it was way too expensive to make it. As the sheet is laser cut, the pricing is based on time. Cutting all those holes would take a considerable amount of time which increased the price by almost 70%. Another possiblity was to cut the holes in a stamping press. the price would be more manageable but the sheet would likely be too deformed and would need extra work to have a nice finish.

So it was decided, the shelf will look like the first render. I created the plans and sent them to the manufacturer. They had some questions about my color choice. I had indicated powder coated RAL 3022 but they wanted to know what kind of finish I wanted. Smooth, mat, … Definitely learned a few things there.

Everything was set. A few weeks went by and I went to their shop to pick up the shelf. We had a funny surprise when we got there, they liked the shelf so much that they decided to manufacture a few extras for them, with our approval of course. Although they asked after they had already made them… I learned a lesson here too, you need to protect yourself and your designs when you inevitably work with other people. This was just an educational project so it didnt’ matter. 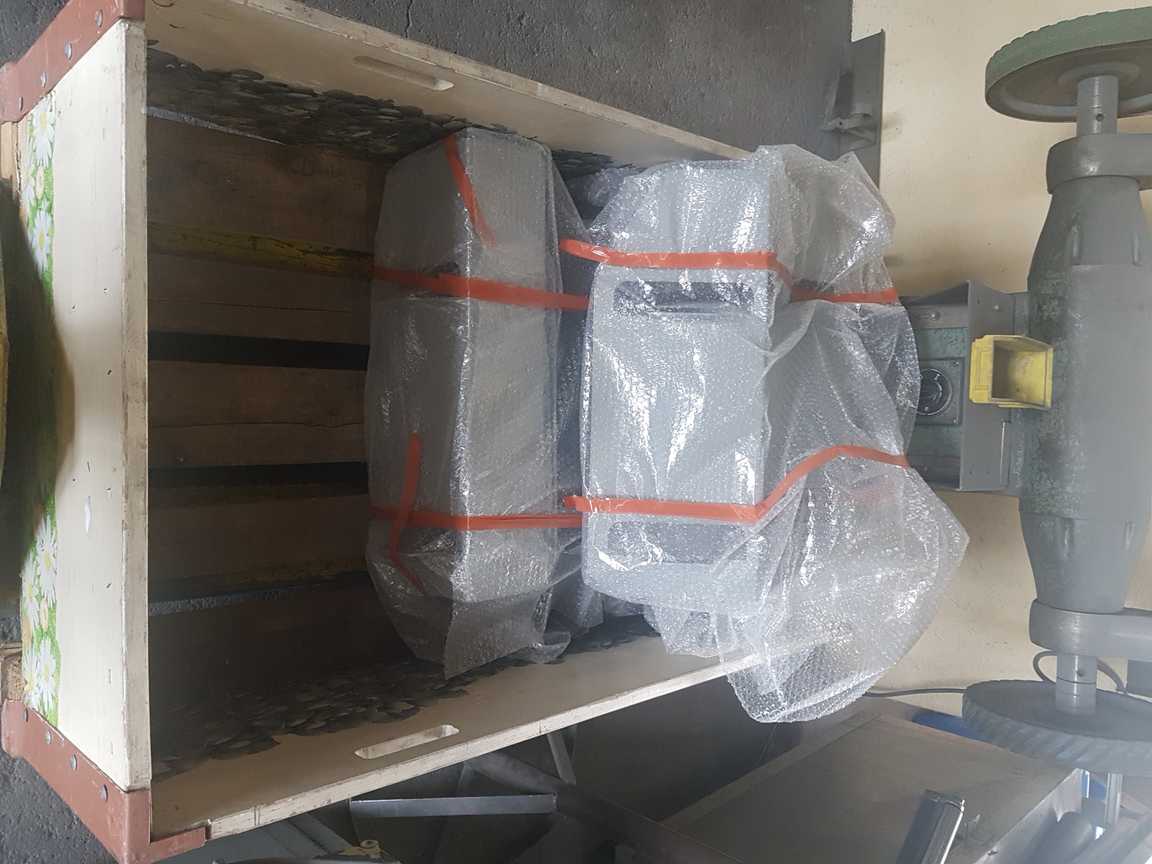 The extra shelves they made

And now the final product. 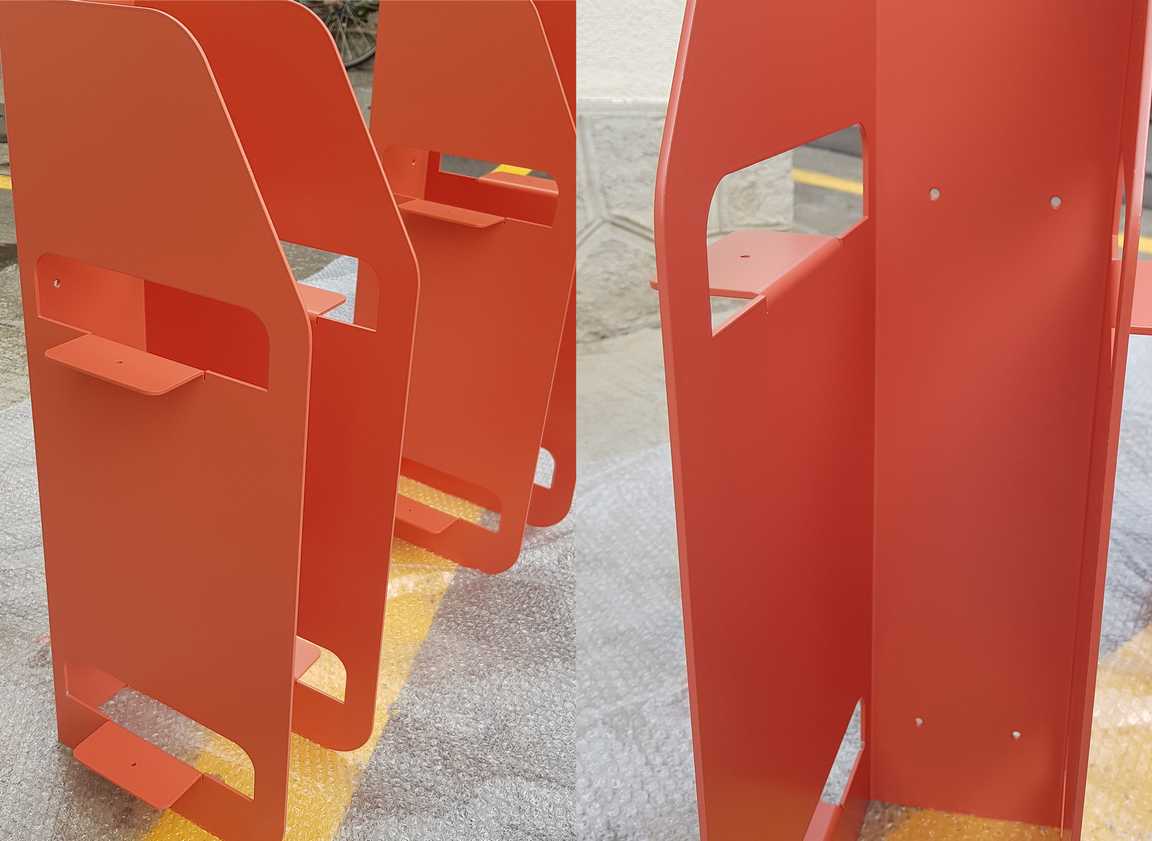 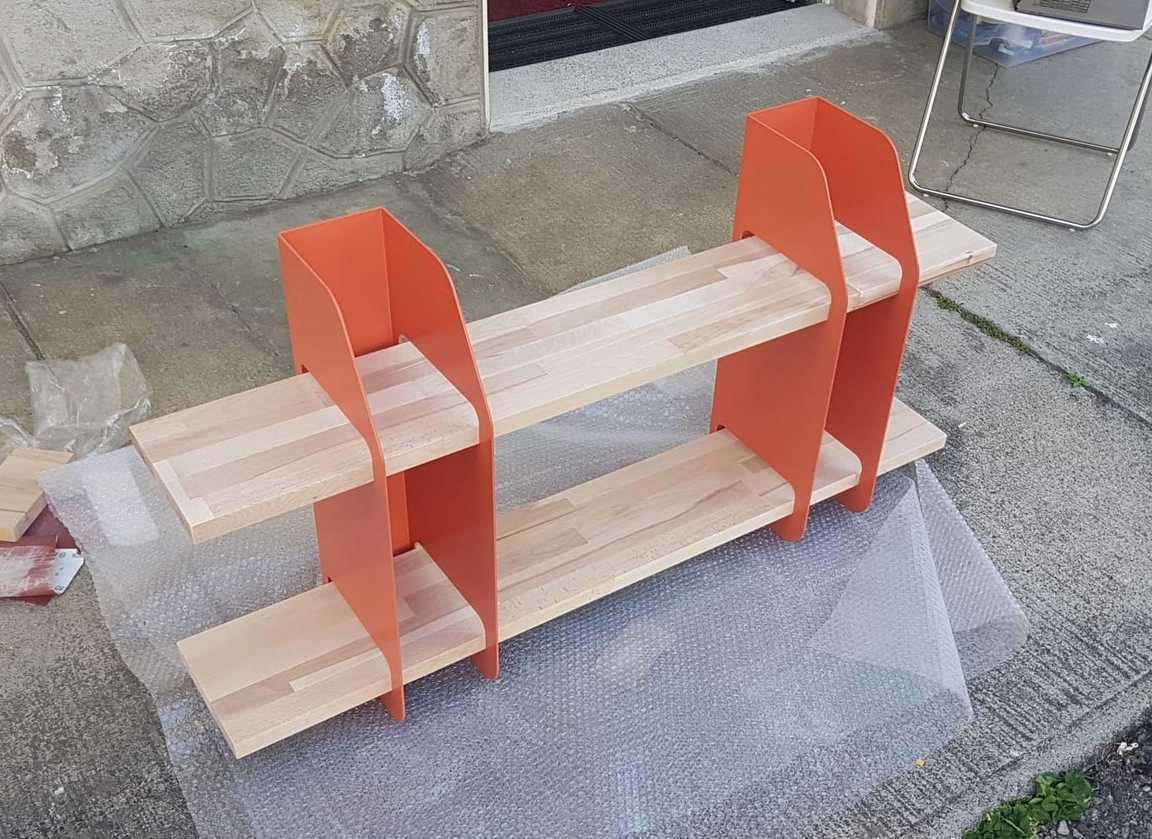 I'm looking for an INTERNSHIP! Starting September 2021, anywhere in the world. If you would like to work with me, email me